The Socio-Digital Systems Group at Microsoft Research Cambridge focuses on understanding how human values interact with the contemporary technological landscape. Moving beyond questions of productivity and efficiency, their research asks how we can build products and technologies to help us be more expressive, creative and reflective in our daily lives, particularly in the context of the home.

Working within this remit, our project ‘Domestic Gubbins’ explored the niche for consumer products at the intersection of the physical, the virtual, and the domestic – a space previously inhabited by ‘smart’ fridges and robotic lawn mowers. Through inventive design research and prototyping methods, we created new concepts for ‘smart’ or ‘intelligent’ products that might live alongside us, sharing our homes.

The Gubbins are four fictional objects, designed as provocations. They were the subjects for a series of video probes; social objects to prompt conversations with people about their ideas of smartness and intelligence.

Developing our research from ‘Domestic Gubbins’, we created a set of smart concept devices designed to embed ‘energy autonomy’ within the home.

Technology is often hailed as a panacea, capable of solving all our environmental problems at a stroke – from widespread energy inefficiency and an over-reliance on fossil fuels, through to the looming threat of runaway climate change.

With solar arrays in the Sahara, carbon capture and storage, and continent-spanning emission trading schemes, many of the most persuasive proposals have operated on the scale of the macro. We wondered if there might be another way to tackle the energy question.

Instead of planning for energy autonomy at a national or regional level, what if we took these technologies and adapted them to a suburban or domestic context?

Our starting point was the microbial fuel cell (MFC), a technology that produces electrical charge from the catabolic reduction of organic material by a microbial substrate. This organic material could be a simple compound, such as sugar, or fruit, vegetables, or even insects. Playing with the idea of the MFC, we designed two concept devices for domestic use.

Much as products with embedded sensors are framed as ‘smart’ or ‘intelligent’ – capable of perceiving and acting on data from their environment – these energy-autonomous devices possessed a unique capacity for ‘life’ and ‘death’. We hoped they would stimulate thought and conversation about the relationship between processes of artificial digestion, the autonomous production of electricity, and our own practices of domestic power consumption.

When fed, the micro-organism rhodoferax ferrireducens generates an electrical current, as electrons freed in the metabolic process accumulate on an electrode in the fuel cell. These designs incorporate the current-producing microbes, with the insertion of carbon electrodes producing a charge.

Unlike the extension cable or inert AA battery, these sugar artefacts degrade over time, changing shape as the microbes metabolise the sugar. Such objects raise questions about how we might interact with power sources that contain living microbes, but possess a fixed life span. 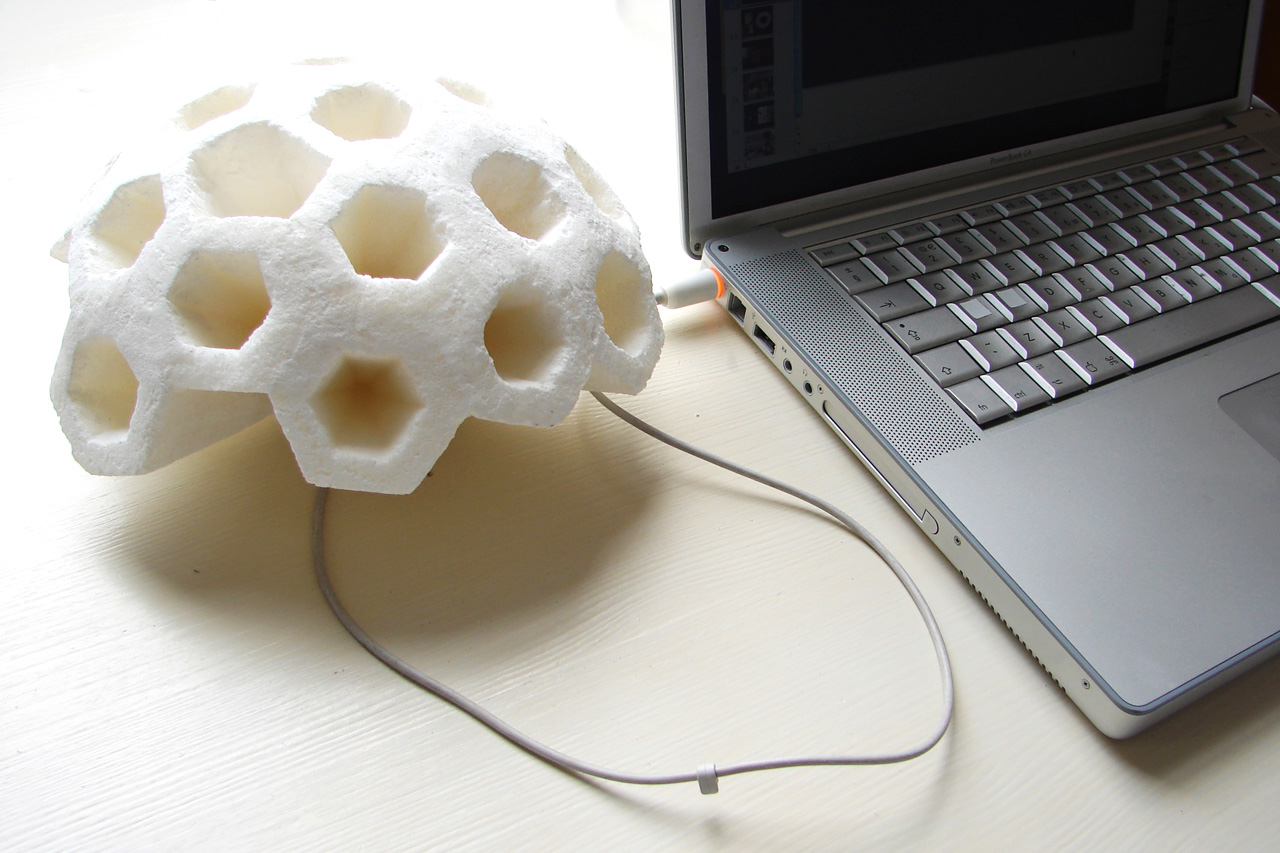 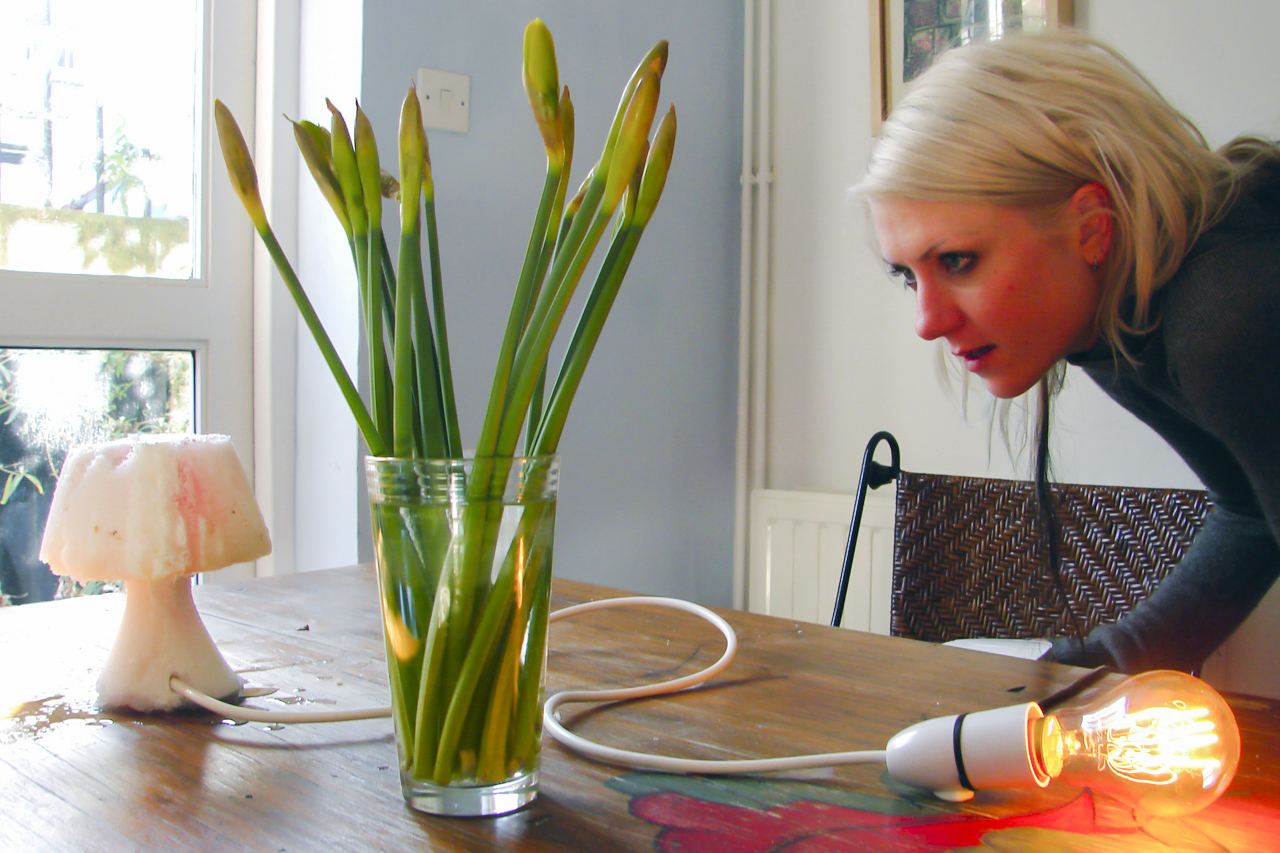 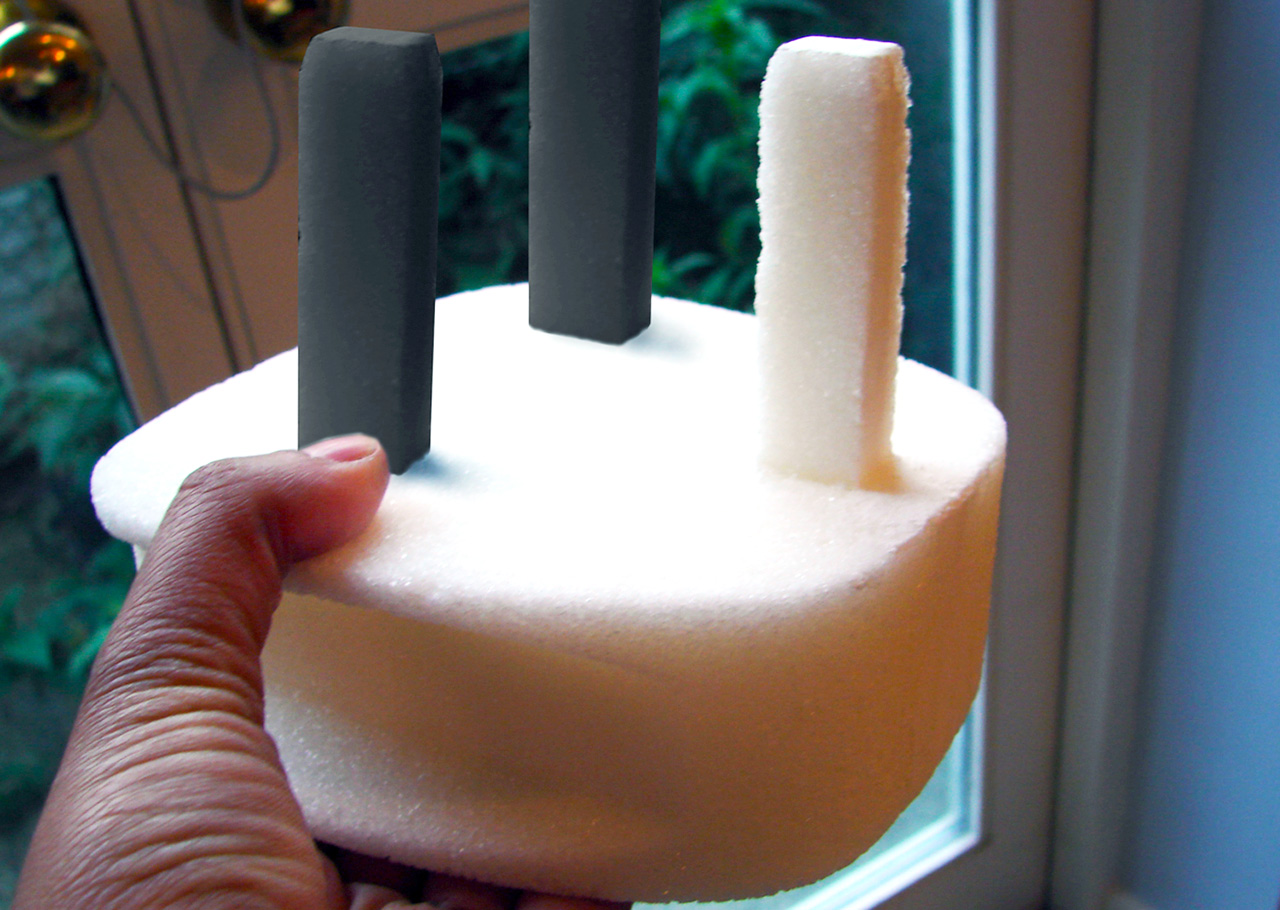 Moving away from the limited lifespan of our sugar-based cells, the energy-autonomous radio is designed to run on cells that can last indefinitely, providing they are fed with organic material. Though the microbial substrate will break down most organic matter, including complex materials, it is gradually conditioned to operate most efficiently with specific energy sources — a conditioning related, in part, to the history of materials with which the cells have been supplied.

As such, the radio’s life-cycle and performance are interleaved with its usage patterns, each extending well beyond the user’s immediate interactions. 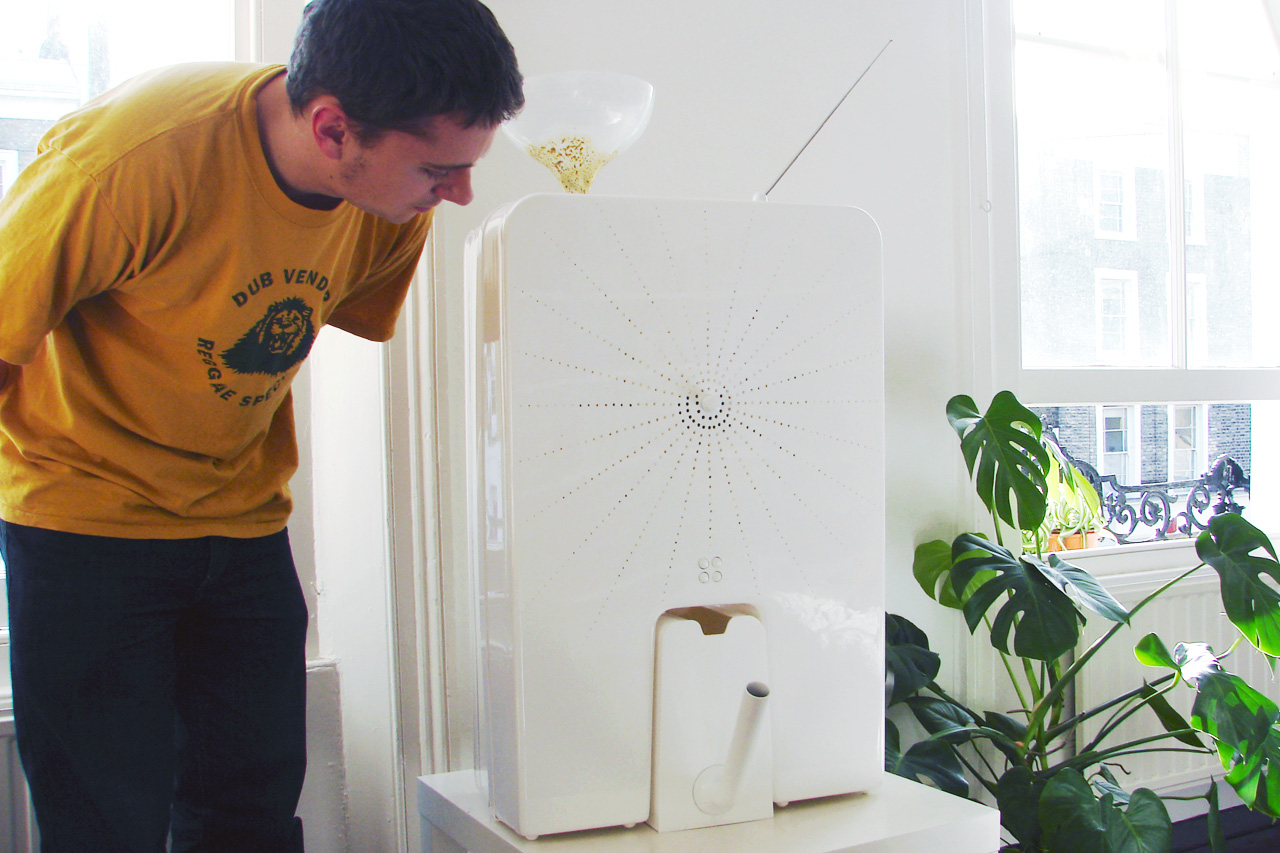 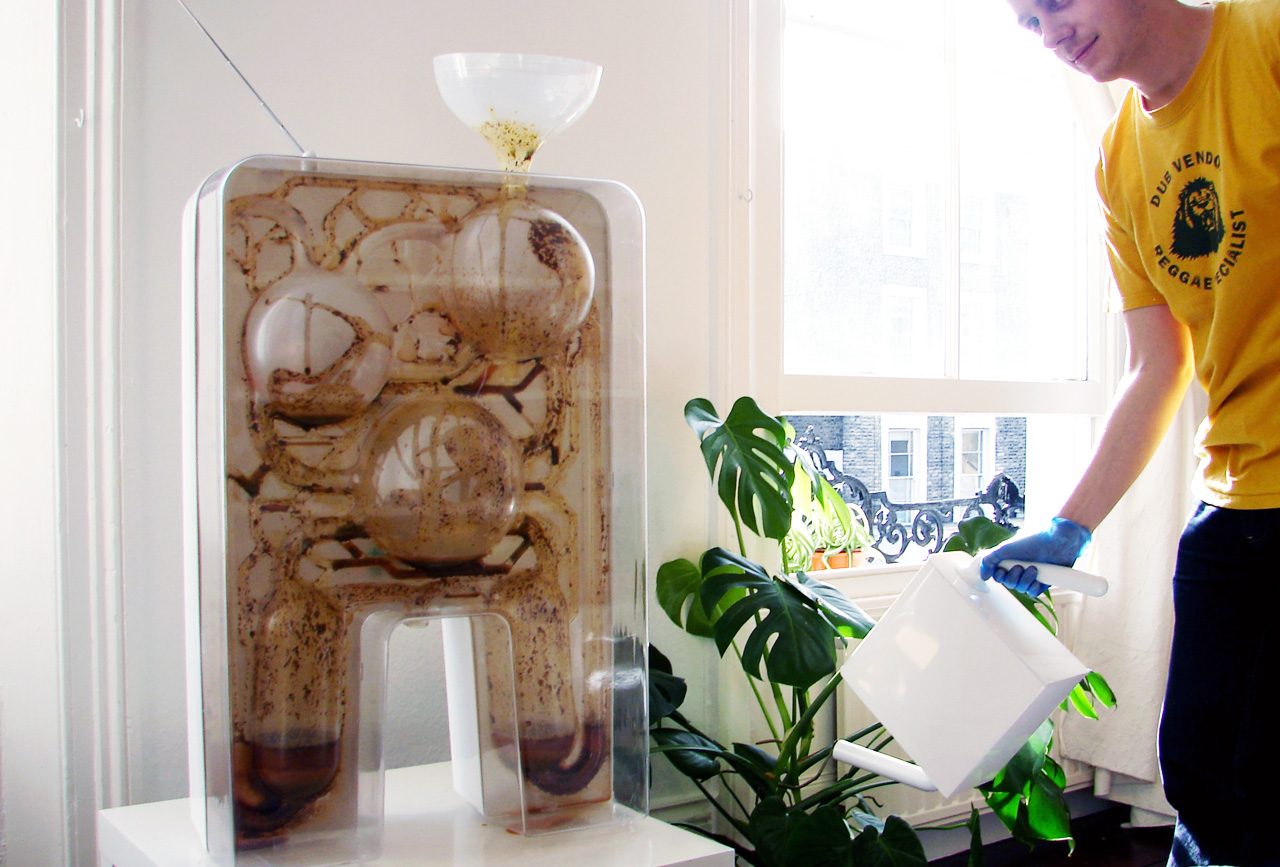 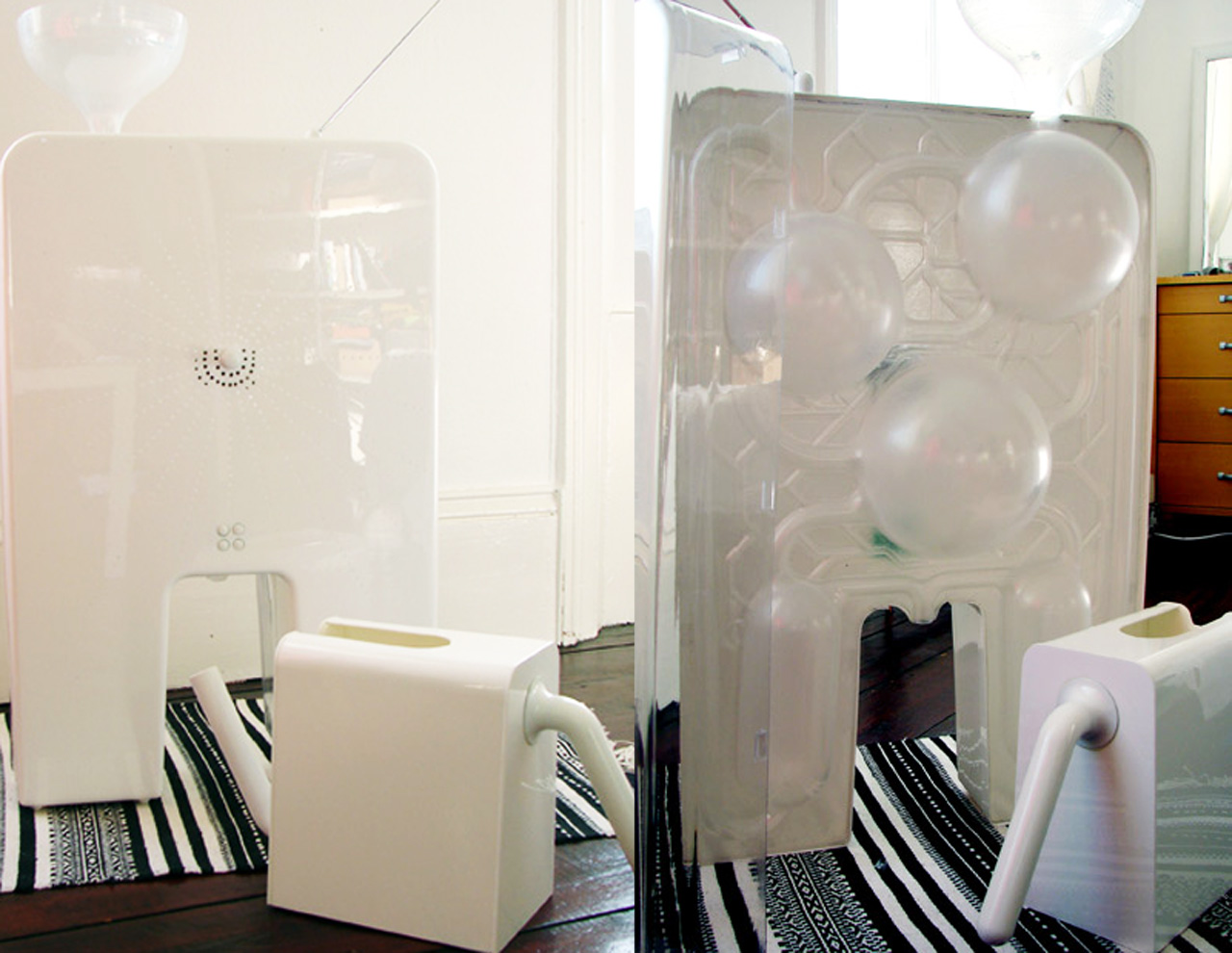 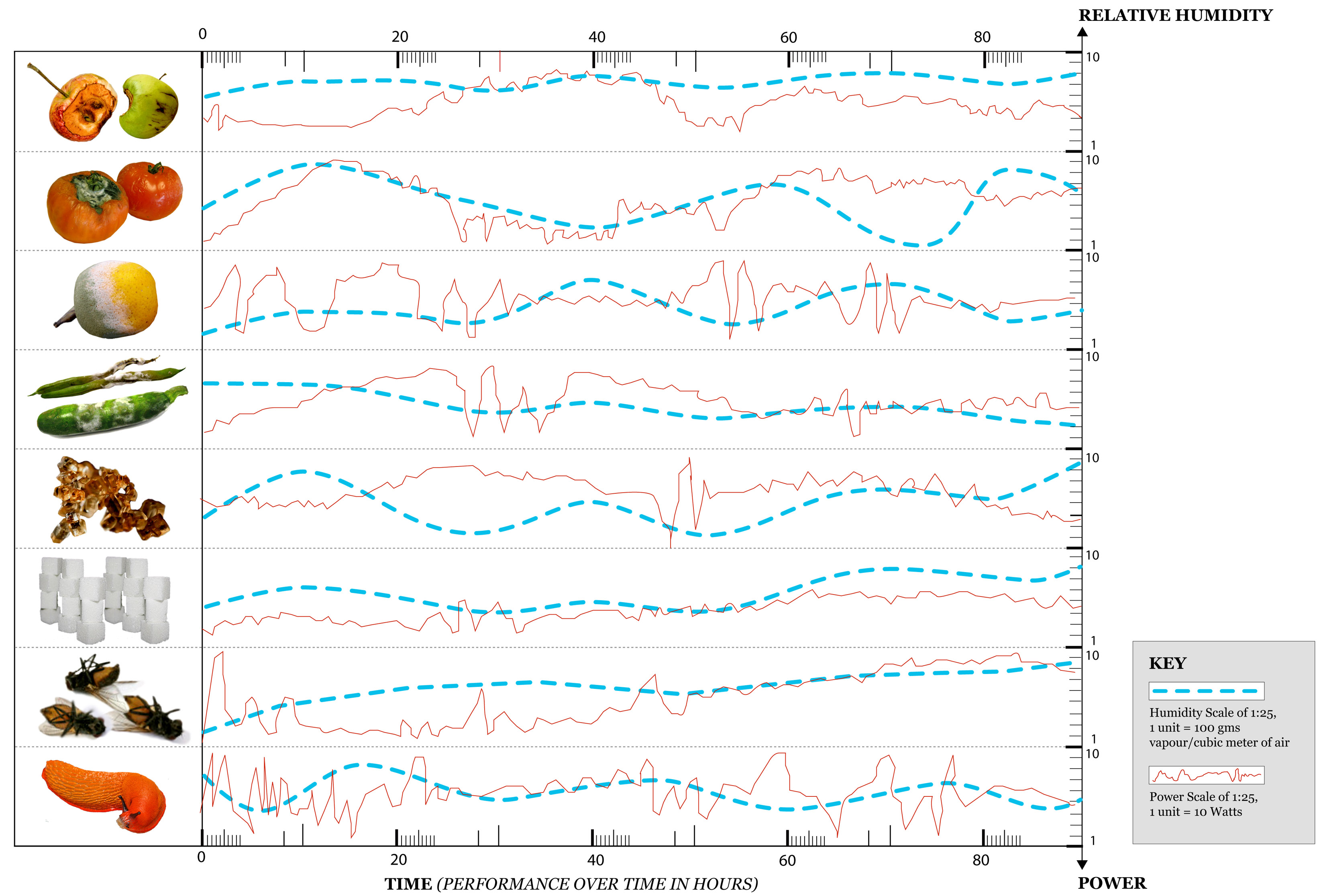 Along with the other components of the ‘Rethinking Machine Intelligence’ research strand, this project is documented further in our book, Objects Incognito.