This project was a collaboration between Strange Telemetry, Policy lab, and Superflux. It consisted of engagements with the Department for Transport, various rail stakeholders and members of the public. The project ran a series of workshops, and utilised some speculative artefacts as prompts for discussion with various stakeholders.

The first phase of the project was organised and facilitated by Cat Drew and her team at Policy Lab. They started with a grounding of field research and ethnography to understand the challenges facing rail passengers today. From a blind person’s experience of the accessibility facilities throughout the rail network, to a mother’s struggle and reliance on smartphone apps to bring her young daughter from A to B. This was a necessary first step not only for us but for the DfT to understand what passengers on the current network were facing on their everyday journeys. Furthermore, the ethnography sessions also allowed DfT to frame the factors which might influence policy decisions in the next 20 years.

After this we designed some speculative artefacts based on future trends and a typical journey resulting in four scenarios. We brought our artefacts to two workshops with the public in London and Sheffield. The groups consisting of members of the public were divided up into several groups and were each given an artefact to explore. These were mundane artefacts that people would be familiar with: from a rail map, to a poster of an app or a leaflet. Along with the artefacts each group was given a persona to think about, a typical journey and a future trend such as the devolution of an ageing rail infrastructure, strong vs. weak economy, etc. We then facilitated each group with a series of simple questions and prompts such as: “How do you feel about this?” “What you like don’t like?” and “Do you know anyone who would use this service?”

It was our task to design the artefacts for these workshops. We were faced with a problem of trying not to give away too much information, and allowing room for ambiguity. As Bill Gaver puts it “design for interpretative ambiguity”. This is the idea that allowing people enough room to think about the interactions relevant to their own lives, rather than sticking to the norms and conventions seen in larger systems. 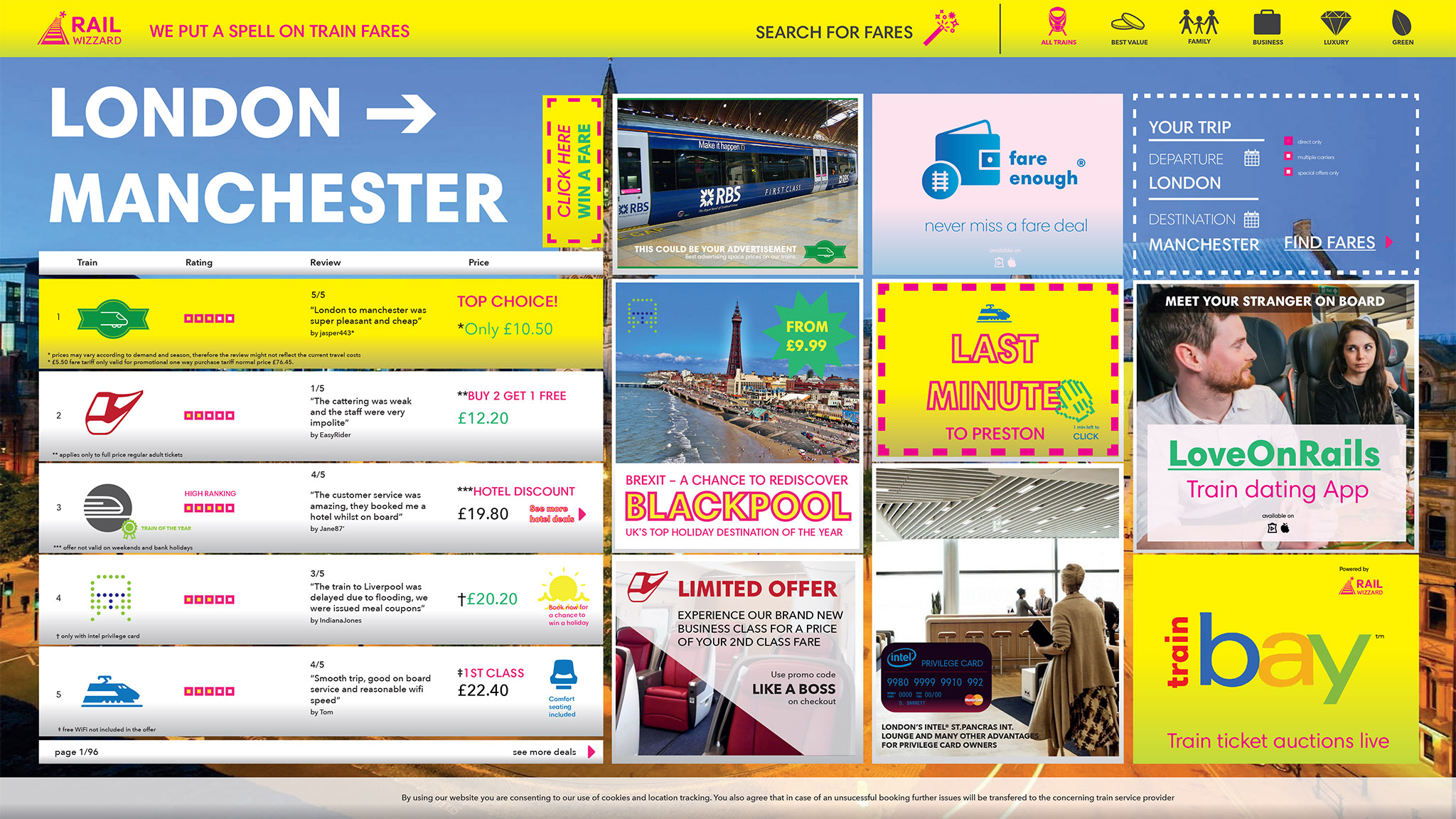 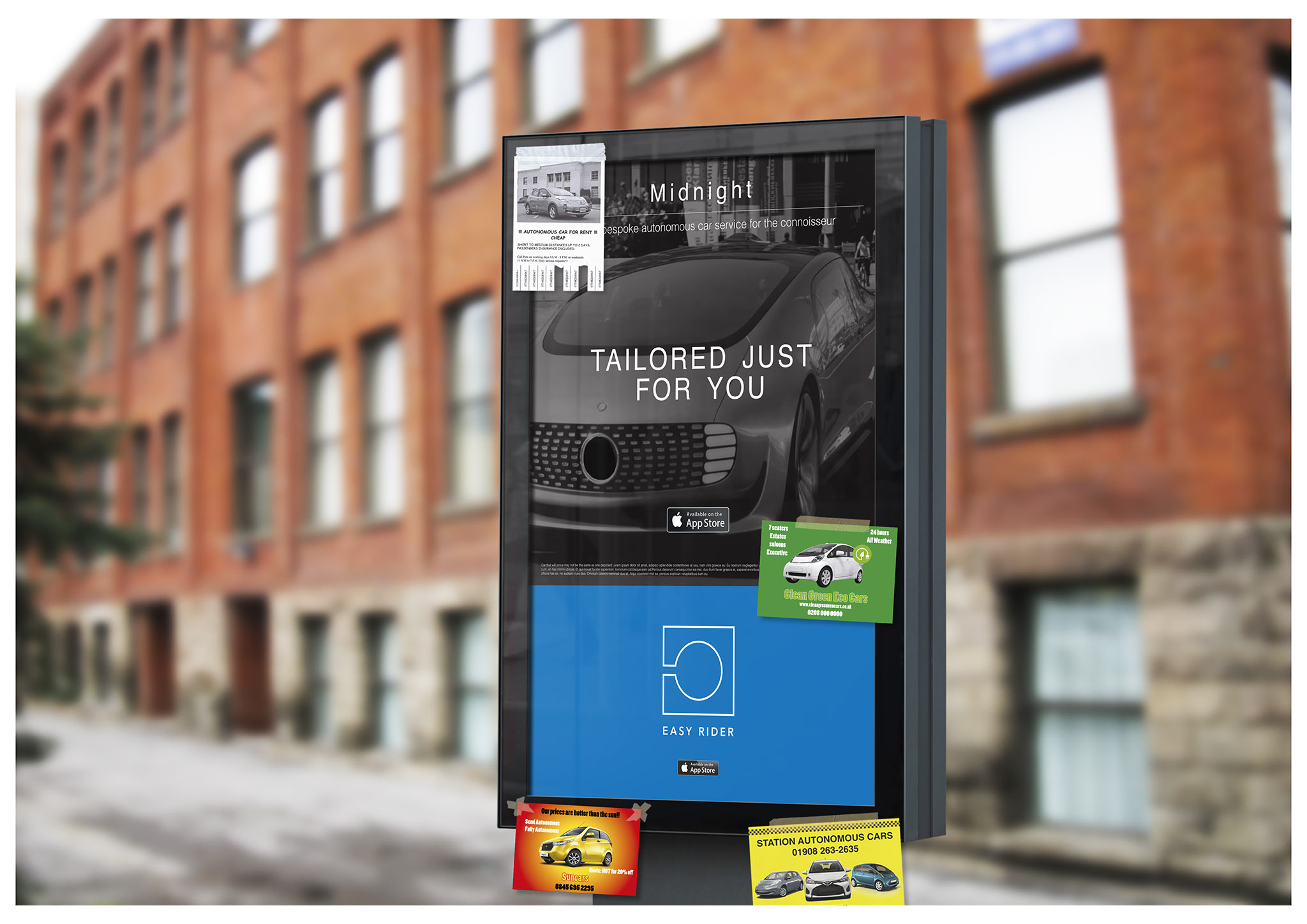 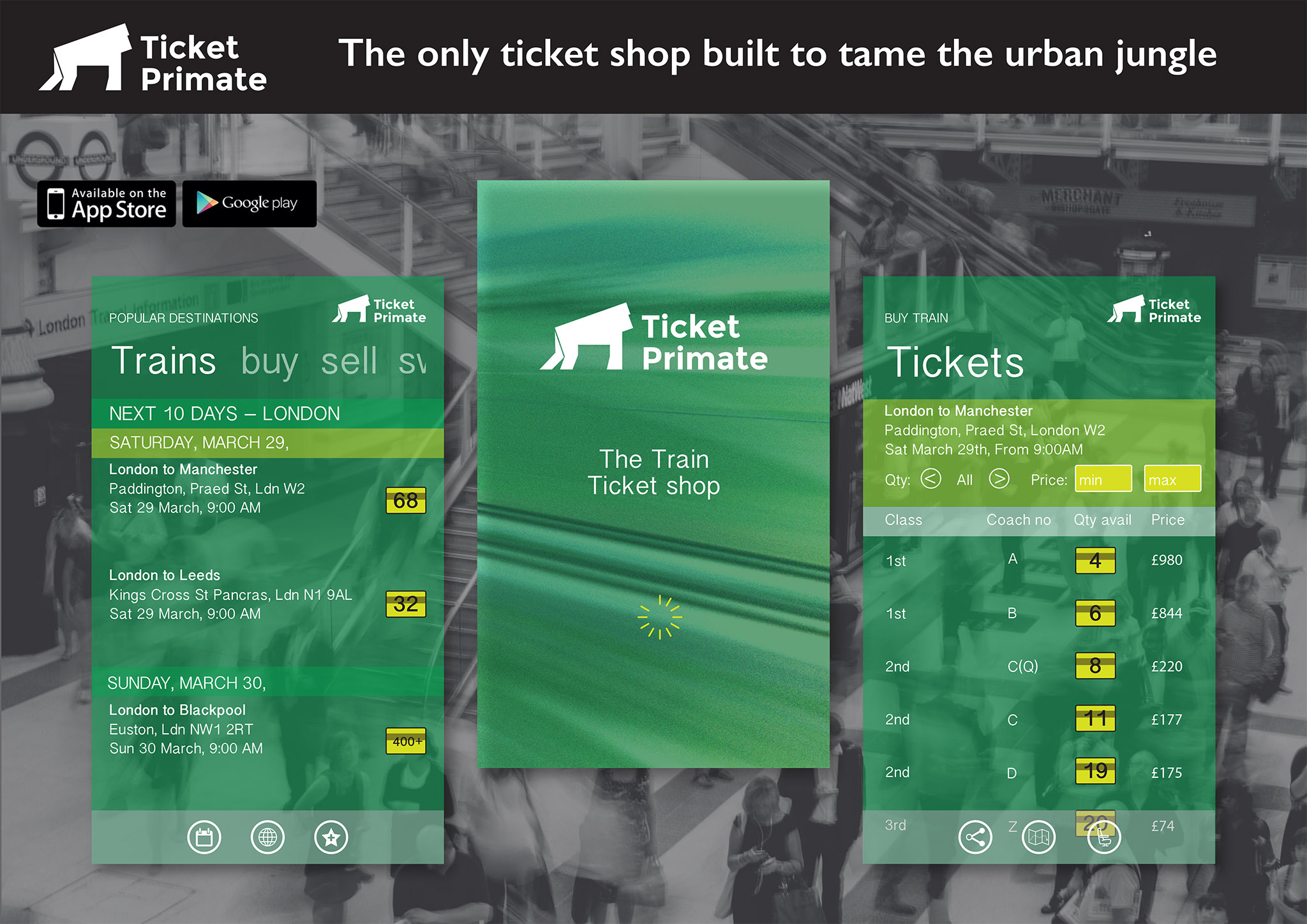 Some of the artefacts we designed could have been relevant today, and people in the workshops did pick up on the fact that “some artefacts weren’t really futuristic enough.” We added small discrepancies into the artefacts, an iOS app logo and no android logo on a poster for a train ticket swapping app, to hints about brexit and the term semi autonomous in an autonomous car service brochure prompting a debate around what this meant. We would have liked to have made these artefacts more tangible, and had early ideas about printing actual tickets and selling them in a mock station ticket booth experience. But with all projects time and budget constraints got the better of us. Nevertheless the experience of the workshops and artefacts worked well, allowing room for questioning and debate.

We also got the opportunity run a short session with students and members of the public at the service design fringe festival showing them the artefacts and gauging their responses from the designs.