‘With their evocative multidimensional camera, the designers have attempted to embody Hugh Everett’s many-worlds theory in an object that adds to the cinematic tradition of The Matrix(1999), Lost (2004-10), Fringe (2008-ongoing), and Source Code (2011), to name just a few.’

With researchers working to harness the the peculiar workings of our subatomic world, we, as designers, were given an opportunity to explore the implications of one of its more concrete and immediate applications: quantum computing.

Working with EPSRC, NESTA, the RCA, and a group of scientists from the Quantum Information Processing Interdisciplinary Research Collaboration (QIPIRC), the 5th Dimensional Camera was produced for the 2010 IMPACT! exhibition as a metaphorical representation of quantum computation – a fictional device capable of capturing glimpses of parallel universes.

Dr. Simon Benjamin, one of our collaborating scientists from QIPIRC, explains the concept behind the 5th Dimensional Camera:

THE STORIES OF THREE CHARACTERS BRINGING THE CAMERA BACK TO LIFE

Benedict is a scientist and mathematician. He was closely involved in making of the 5th Dimensional Camera. It was during the testing phase of the Camera project that Benedict’s relationship with the device – and the worlds it revealed – began to take an unhealthy twist.

Initial experiments with dice, designed to test the range of possible outcomes captured by the camera, soon led to ‘testing’ horse racing results. But when it became clear that one could find evidence of a world where any bet was a winner, his experiments slid into obsession.

He raised the stakes by betting large amounts of money on small odds, then searching through images to find the world where he had just won a fortune. Soon, the vicarious thrill of benevolence to his other parallel selves turns to bitterness. Despair and jealousy leads him to experiment with games that aim to end the lives of these other selves… and ultimately his own?

Molly is 27. She works as an administrator for the Housing Department. Most of her days are spent sitting behind a desk answering calls from angry citizens, thinking about her boyfriend, and planning for the weekend.

When a colleague tells her about the 5th Dimensional Camera and the possibility of being photographed as part of a study, she decides to participate “for a laugh”. The scientists bring the camera and place it in her bedroom. They set the timer for seven thirty the next evening and instruct her to write down the most memorable event of her day on the board provided. She must sit facing the camera when it fires.

Acting more out of curiosity than cooperation, she follows the strange instructions, and waits.

Nolan is 70. He lives in a small flat by himself in north-west London. He spends his time reading, reflecting on the world outside his window and solving crosswords in the evening paper.

One evening a small advert in the corner of the newspaper catches his attention. A group of scientists were looking for participants to live with a ‘5th Dimensional Camera’ for a few months. He reaches for his phone and soon the camera is standing awkwardly in his living room.

Nolan starts by taking photographs of the empty corridor outside his flat. Over time, his attention turns from reflecting on the world outside his window to a fascination with the images of the many worlds revealed outside his front door.

Public engagement was ankey part of the brief, forcing us to think about design as communication, and what it might mean to create artifacts for a much broader audience.

The final exhibition was a huge success, attended by over 1200 individual visitors, including stakeholders, academics, students, and members of the general public. 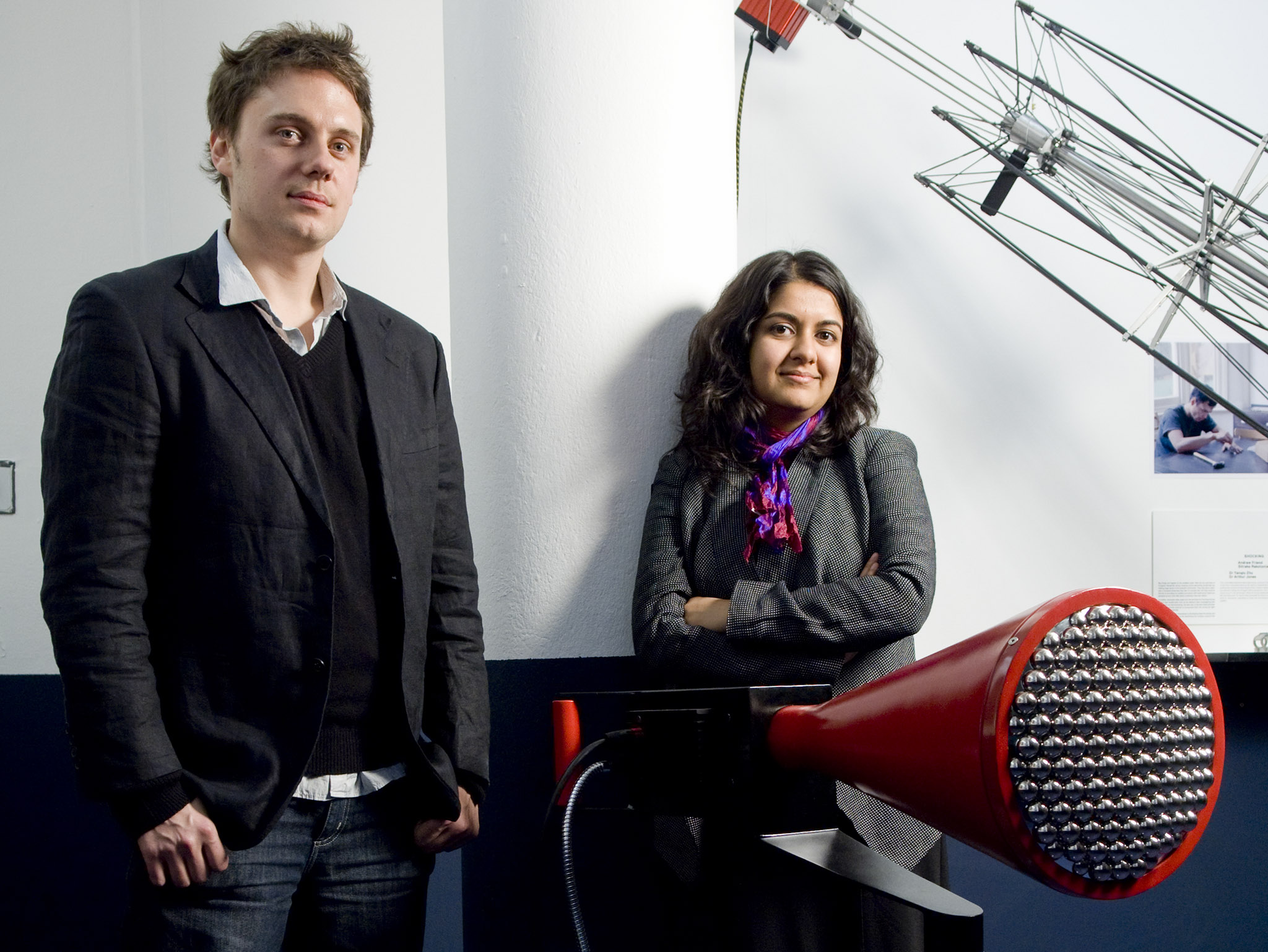 Last seen being loaded into the back of a lorry, in 2011, the 5th Dimensional Camera was shipped across the Atlantic, where it featured in MoMA’s interaction design exhibition, ‘Talk to Me‘.