One of the things we find in our work that is really challenging for people to do, is to move from a place of feeling safe, and certain, to being able to embrace uncertainty, and not freak out about it. To give them some sense of control, to give them a means to work with the future.

And this was one of the key challenges we addressed in our work with the Government of UAE. The Ministry of Energy and the Prime Minister’s Office invited us to help them to not only develop a mechanism to experience numerous possible futures around energy, but more importantly, to stress test the opportunities and broader systemic consequences of each future with Cabinet Ministers and key decision makers. The ambition was that such collaborative futuring activity would help inform the country’s energy policy all the way till 2050.

The outcome of our work was presented at the Future Energy Lab, attended by the Prime Minister, Head of Cabinet, Ministry of Energy, policy makers as well as heads of utilities companies and energy sector organisations. In the Lab, we worked alongside Rorosoro, a foresight company who developed an energy simulator and role-playing game.

Our main focus for the project was the creation of the Future Energy Zone using speculative design, experiential futures, speculative evidence generating and diegetic prototyping. Extrapolating insights from the Ministry of Energy’s econometric data and projections, we created a model metropolis from the future that made the data experientially evocative and acted out the implications of new energy policies on the urban landscape.

It surfaced connections between the macro and micro, helping the attendees understand direct relationships between financial investments and economic, social and technological developments. The Lab participants were taken through five different future worlds in order to understand the differences between them. The scenarios varied at many detailed levels: implementation of renewable energy technologies, alternate public transport networks, peer-to-peer energy trading, as well as social and cultural shifts. 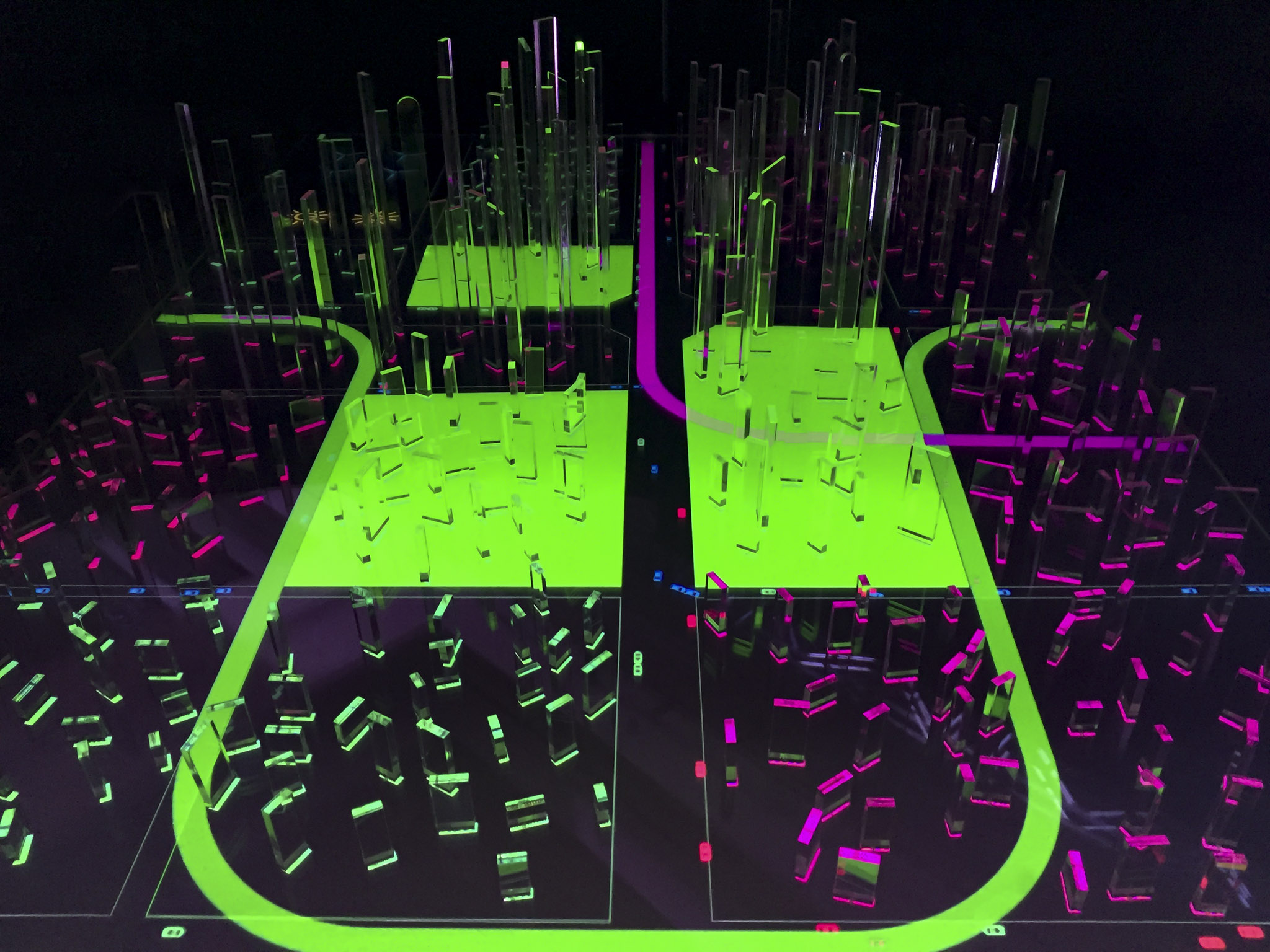 Simultaneously, the participants could track a future happiness index, monitor energy diversification, and observe the affordability and sustainability of each future on an additional screen. They could also observe changes in costs and carbon emissions each of the futures would produce.

For each future possibility in the Future Energy Zone, we also developed a range of artefacts to give an experiential glimpse into these potential worlds. These were not objects of prophecy, but of potential: their role was to embody the challenges and opportunities which might be encountered on each particular developmental path, and to express something of the material lived reality which the policies might create.

For instance in the “Business As Usual” future, there was no incentive to change behaviour or policy, but instead continue along the route of burning fossil fuels. One of the big consequences of such a future would be the horrific air pollution that the Emiratis would (if not already) experience in their cities. And so, we decided to give them a flavour of what it would feel like to breathe the air from that future. We created a series of air samples from the years 2020, 2028, and 2034 containing the most likely combination of PM10,PM2.5, carbon monoxide, sulphur dioxide, nitrogen dioxide, and ozone, based on climate and fossil fuel emission projections. It was noxious stuff, impossible to inhale even a small amount. Such experiential evidence brought home the point that often predictions and data can’t.

In order to meet the demands of such an expensive future, we created the idea of “The Tomorrow Fund”. The Fund encouraged citizens to contribute financially towards a long term investment in their children’s future, based on their energy behaviours today. Within the space of the Lab, participants could walk up to a holographic fund advisor, who would run  through a payment plan with a client, showing what deductions they were entitled to for environmentally conscious behaviours. One of the big questions facing the government and policy makers was how they could convince people to shift behaviour from present day comforts, towards behaviours whose impact will be visible not in years, but decades. To address this, we demonstrated how any change in policy needs to be closely linked to cultural and behavioural change. For instance, in one of the scenarios we imagined and developed a new awards scheme for the Emirates: The Order of the Emirates. The awards would recognise climate champions, the individuals and organisations who made efforts in their communities to reduce energy demands. 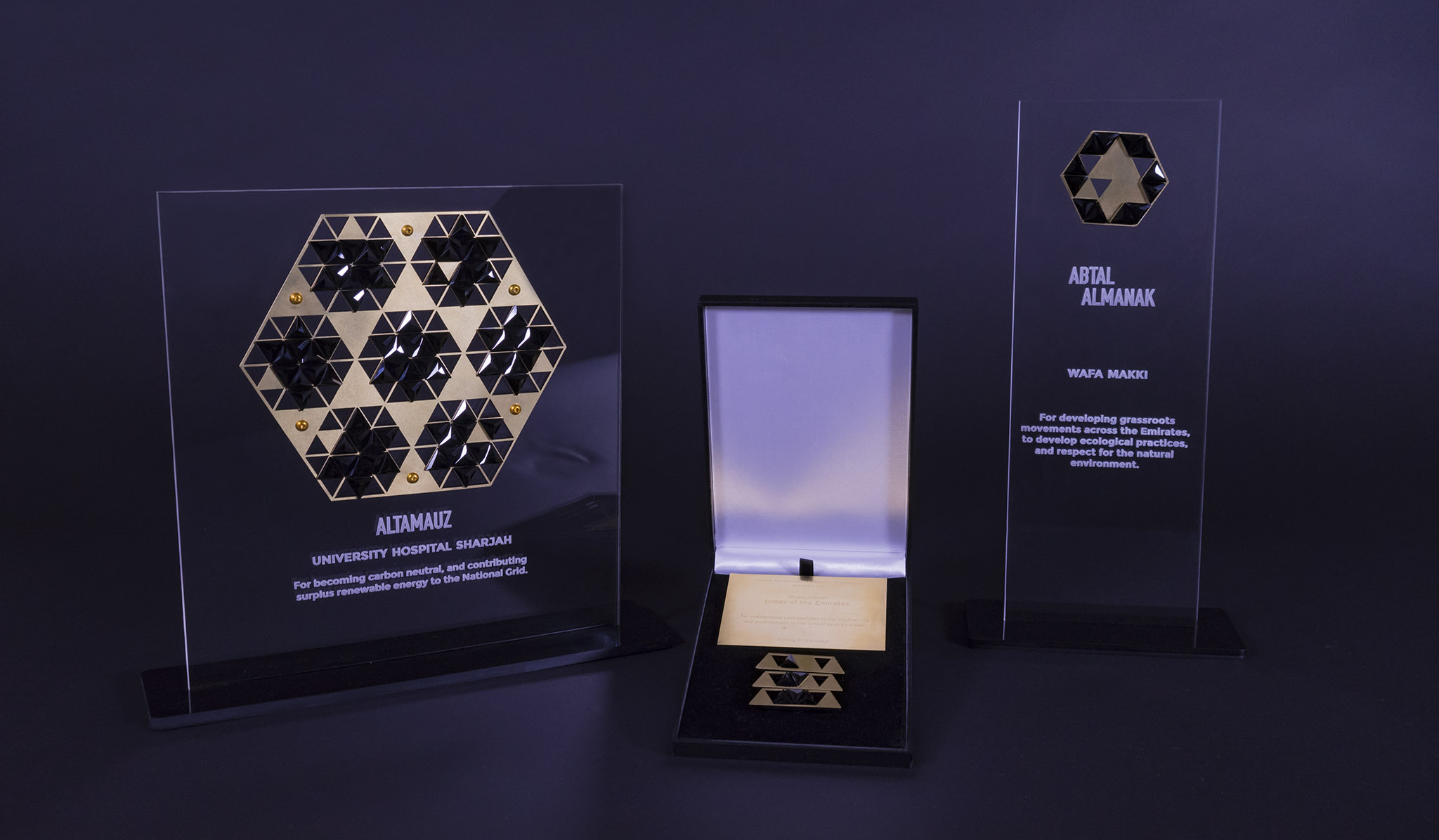 On similar lines, we also imagined a future, where public transport becomes a source of immense pride rather than enforced regulation. One of the visual clues for this was presented through the creation of a souvenir of the Desert Falcon, a next generation MAGLEV train that connected Abu Dhabi with London, UK. These models, like the London bus, could be bought in tourist and curio shops across the country. (Best bit, our model in the image has magnetic tracks, so it was a functional representation!) 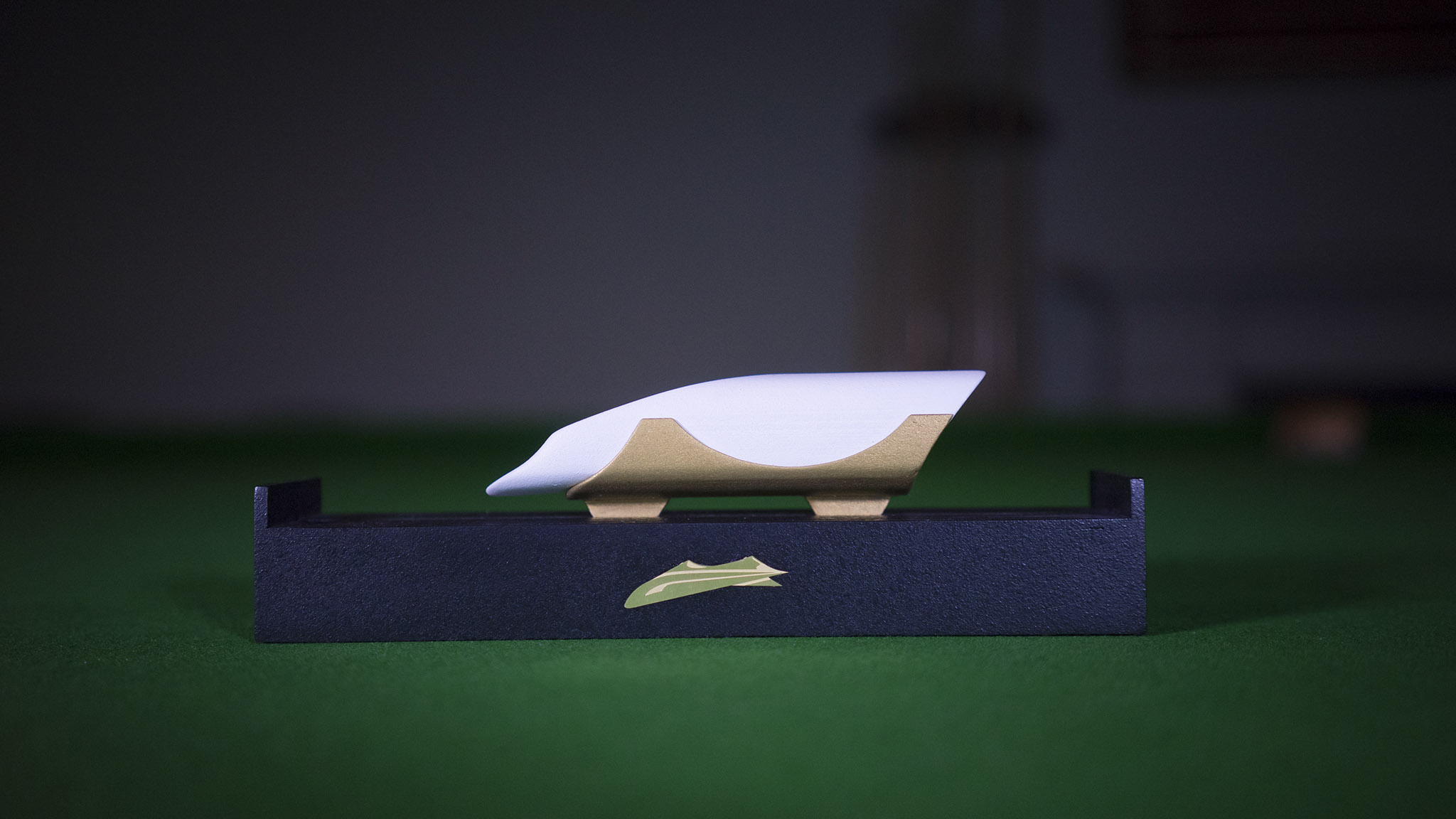 And finally, we also showed how shifts in energy policy need to be participatory in nature, where citizens feel interested, responsible and empowered in the change that is being made. We developed the National Grid that ran on a blockchain with the Energycoin as its  cryptocurrency. The idea was that through a peer-to-peer networked energy trading system, citizens could contribute the excess energy they collected from turbines and solar cells built into their homes to others in their community, as well as towards the National Grid itself. Currency earned through the sharing of excess energy allowed users to redeem credits on a whole range of environmentally friendly goods and services.

Enabling the participants to experience the material, and tangible realisations of many possible futures in the form of choices was empowering. Three key areas where the work had an impact are:

For both Rorosoro and us, this was a huge success. Not just in the methodology, but also in the way it could influence decision making. You can see the tweet from the Prime Minister here, and a video clip from the event here.